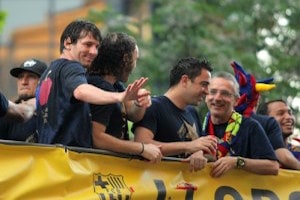 As a party bus injury lawyer in Los Angeles, I have seen the growing trend of these operators and, unfortunately, a growing number of instances where people are injured or killed in these vehicles. Party buses have grown in popularity in California as people choose them for their bachelorette, bachelor, graduation and other parties as a safe alternative when they plan to drink while visiting multiple locations. There are very few regulations governing this burgeoning industry, leading to multiple potential dangers. Some of these buses are simply retrofitted vans with stereo systems, lighting and better seating installed. Others are larger and contain added features such as stripper poles, dance floors and two levels. While party buses may be safer than getting behind the wheels of vehicles after drinking, there are multiple accidents involving them each year. When a party bus is involved in an accident in Los Angeles, a person who suffers an injury might want to get help from an experienced party bus accident attorney.

Some cases involving party bus accidents demonstrate some of the dangers that people face when riding on them. In one tragic accident in 2014, a 16-year-old boy was killed when his head hit an overpass on the 405 Freeway. The boy was among a group of teenagers on the open-air, double-decker bus, and the teens had been drinking while their chaperones remained downstairs on the lower level. In another case, a girl fell out of a window of a bus while traveling to her prom with some friends. She landed on the 73 Freeway and was miraculously not killed. Police report that the bus was being operated illegally and did not have the appropriate license and insurance that are required by state law.

In response to the number of people injured and killed in these accidents, the California legislature passed a bill in 2012 that placed the same requirements for limousines on party buses. Governor Jerry Brown signed the bill into law, and it became effective on Jan. 1, 2013. The law requires that the bus companies ask whether people will be drinking on the buses. If they plan to drink, then the companies are supposed to ask whether minors will be on the buses.

If people who are under the age of 21 will be on the buses, the companies are then supposed to ask that the people booking the trips appoint chaperones who are older than age 25 to supervise the minors and prevent them from drinking. The chaperones are supposed to check identification cards and tell the passengers that the buses will return to their starting points if underage drinking occurs. The chaperones are also charged with ensuring that all of the passengers make it home safely after their bus rides. Chaperones who fail in their duties face misdemeanor charges. Bus drivers are also supposed to check the IDs of passengers who they suspect are underage and are drinking. If the drivers find that drinking is happening on rides in which their companies were told that drinking would not occur and when there are minors, the drivers are supposed to confiscate the alcohol and lock it under their buses or return to their starting points. If violations occur, the companies may have their licenses suspended for up to 30 days or have them terminated. They may also face fines of up to $2,000.

The boy’s case demonstrates that problems still happen despite the law. In his case, the chaperones knew that drinking would happen and did not supervise the teens. They also supplied the alcohol, and the bus driver ignored what was going on. The girl’s case shows that some companies operate illegally and do not have the required licenses to begin with, showing the importance of verifying that the company is licensed and properly insured before booking trips.

When people are injured on party buses, the companies may be liable to pay damages as common carriers. Because they carry passengers and fall under the common carrier requirements, party buses owe duties of utmost care to their passengers. When minors are riding on the buses, California law requires that the carriers use the additional care that is reasonably necessary to ensure their safety. Passengers likewise owe duties of care for their own safety. Their duties are only what is reasonable rather than the utmost care that is required of the bus companies, however.

In addition to accidents involving alcohol, others also may occur with party buses. Examples may include accidents caused by driver negligence, defective parts or maintenance issues. When there are maintenance issues, the law provides that common carriers also owe a duty of utmost care to inspect, repair and maintain their buses so that they are safe to carry passengers.

People who are seriously injured in accidents involving party buses may need legal help from an experienced attorney. A lawyer may identify all of the potential defendants that should be named in a lawsuit. This may allow additional sources of recovery so that the injured victims might receive damages in amounts that fairly compensate them for all of the losses that they have suffered. Lawyers may be able to negotiate settlements for their clients, or they may advocate for them through trials before juries.