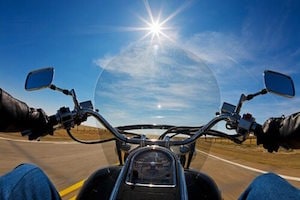 Motorcycle accidents happen with unfortunate frequency in southern California especially in our urban areas like Los Angeles, San Diego and Orange County. As a Los Angeles motorcycle accident lawyer, I know that there are many bikers that are injured or killed from either alcohol related accidents or mechanical failure but, many more that are seriously injured or die from driver error negligence. The motorcyclists of today face a much higher rate of danger while driving than just ten years ago. With accidents on the rise due to cell phone usage while driving, the trends in road rage increasing, and a national increase in traffic and congestion, motorcyclists have to take much more caution while riding in public today. Due to California’s congested freeways and surface streets and the popularity of riding motorcycles due to good weather most of the year, California is a prime location for biker mishaps.

Based upon the California Highway Patrol statistics compiled in their Annual Report of Fatal and Injury Motor Vehicle Traffic Collisions (using 2011 as an example year):

While safe riding techniques, proper equipment like helmets, gloves, boots, and protective clothing like leather jackets do help in reducing incidents, the fact remains that bikers are and will remain prone to collisions which cause serious bodily harm. The smaller size of the bike as compared to other vehicles causes motor vehicle negligence errors in not spotting the biker and the lack of a metal cage of protection around the bike leads to a higher likelihood that a crash will result in heavy impact on the body of the biker.

Fundamentally, motorcycle accidents usually come down to one common variable, the size of the motorcycle compared to other vehicles like cars, trucks and SUVs. This leads to accidents involving failure of motor vehicles like truck and automobiles to see the motorcyclist and to avoid a collision. This plays out in several common accident scenarios as follows:

Primarily, motorcycle collisions come down to one factor, namely, the disparity in size between the motorbike and rider and other, larger vehicles. This smaller size leads to lack of notice and miscalculations by motor vehicle operators as to speed and distance (i.e. the distance between the biker and the car or truck driver and the velocity of the vehicles).

Unfortunately, there is no buffer between a biker and the impact of a traffic mash-up. Protective gear like helmets, leather riding wear and gloves can help but, most often motorcycle accidents result in serious bodily harm including skull, spine, elbow, arm, leg and wrist fractures; tears to major tendons and ligaments including knees and ankles and significant soft tissue damage including herniated discs in the neck and back. While wearing a DOT approved helmet does lessen the chances of serious head trauma, this is still the number one cause of long term medical injury or even fatality.

Why Is It Crucial To Hire A California Motorcycle Accident Law Firm If You Are Injured In A Bike Crash In Los Angeles or Anywhere In Southern CA?

Obviously, there are many accident attorneys in and around Southern California. Many of these attorneys feel competent to represent victims of motorcycle accidents but, are all attorneys the same? The simple answer is, No. Why is this the case?

Our client was a middle aged woman who had been riding motorcycles for almost 25 years without an accident. She was traveling towards a busy intersection in Los Angeles when a car made a left hand turn in front of her. The driver didn’t recall seeing or hearing anything at the time of the incident but, our client’s front tire hit his vehicle, causing her to wobble and go down. We hired accident reconstruction and other experts to estimate speeds and distances and obtained a significant six figure recovery.

A 29 year old biker was traveling in the HOV lane on the 405 Freeway going to work. An impatient driver attempted to cross over the double yellow line and side-swiped her motorcycle sending her into the guard rail which resulted in her death. The driver fled the scene and would later claim to CHP that it was the motorcycle that hit him and not the other way around. Examining the accident scene and physical evidence and tracking a key witness resulted in a policy limits settlement of $1,250,000.00 to her family.

For a free consultation with a California motorcycle attorney regarding any accident involving a motorcycle, moped, scooter or ATV, in the Golden State call our office. Toll Free Statewide: 866-966-5240 or in the Los Angeles area at 310-592-0445. We also have satellite locations throughout Southern California including the San Gabriel Valley, The Inland Empire, Orange County and San Diego.

Additional Resources
Contact Us
Practice Areas
Search this Website
Los Angeles Personal Injury Attorney Blog - Motorcycle Accidents
Client Reviews
★★★★★
I have known Steven for some time now and when his services were required he jumped in and took control of my cases. I had two and they were handled with the utmost professionalism and courtesy. He went the extra mile regardless of the bumps in the road. I can not see me using any other attorney and I would recommend him to any of my family and friends. Josie A.
★★★★★
Steven was vital during our most trying time. He was referred by a friend after an accident that involved a family member. While he was critical and lying in the hospital, Steven was kind, patient and knowledgeable about what we were going through. Following our loss, Steven became a tough and aggressive negotiator and made sure that we receive a huge compensation. I would refer Steven in fact, this happened 2 years ago and I still speak highly of his service. Cheryl S.
★★★★★
Mr. Sweat is a pitbull in the courtroom as well as settlement negotiations - You can't have a better equipped attorney in your corner! It is a pleasure working as colleagues together on numerous cases. He can get the job done. Jonathan K.
★★★★★
Because of Steven Sweat, my medical support was taken care of. Plus, I had more money to spare for my other bills. Steven is not only an excellent personal injury lawyer, providing the best legal advice, but also a professional lawyer who goes beyond his call of duty just to help his clients! He stood up for me and helped me get through the process. I would definitely recommend. I couldn't think of any better lawyer than him. MiraJane C.
★★★★★
I must tell anyone, if you need a great attorney, Steve sweat is the guy! I had an awful car accident and had no idea where to turn. He had so much to deal with because my accident was a 4 car pile up. Not to mention all the other cars were behind me and they were not wanting to settle in any way! He never stopped working for me and had my best interest at heart! Audra W.
★★★★★
I believe I made the best choice with Steven M Sweat, Personal Injury. I was very reluctant to go forward with my personal injury claim. I had a valid claim and I needed a professional attorney to handle it. I felt so much better when I let Steven take my case. His team did everything right and I am very satisfied. Stia P.
★★★★★
I have to say that Steve has been exemplary! I met Steve at a point with my case that I was ready to give up. He took the time and dealt with all of my concerns. Most importantly, he was present and listened to what I was going through. He was able to turn things around, put me and my case on the right track! The results were better that expected! Highly recommend!! Cody A.
View More
Submit a Law Firm Client Review