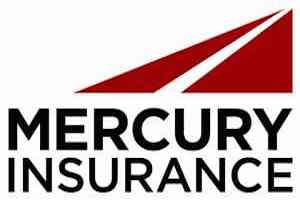 Mercury Insurance started out in California in 1962 and has since expanded to 13 different states and currently, has nearly 2 million policyholders. Mercury is known to cater to high-risk drivers who have had many collisions, past DUI convictions, or other traffic violations. For this reason, subsequent accidents among Mercury-insured drivers may be more frequent than some other companies that will not insure higher risk drivers. If you have sustained serious injuries in an accident caused by a driver with a Mercury Insurance policy, it is critical to discuss your case with an experienced Los Angeles personal injury lawyer at the Steven M. Sweat, Personal Injury Lawyers, APC as soon as possible.

Over the past few decades, Mercury Insurance has developed quite the reputation as one of the worst insurance carriers to deal with among consumer advocacy groups, insurance regulators, personal injury attorneys, and policyholders. In a case against the company in 2009, the California Department of Insurance brought a lawsuit against Mercury and, in one legal brief,1 stated that “[m]ercury has a deserved reputation for abusing its customers and intentionally violating the law with arrogance and indifference.” In a separate matter, the Florida Insurance Commissioner’s office released a news release claiming they found “a multitude of violations relating to the companies’ business practices including the unwarranted termination of policies upon the filing of a claim, failing to pay the full amount on covered claims, failing to deliver policies within 60 days, failing to provide specific reasons for denial of claims.” Advocacy group Consumer Watchdog posted a billboard in Los Angeles 2 that simply stated, “[y]ou can’t trust Mercury Insurance.”

Due to the history of a variety of abuses against policyholders and injured claimants, anyone who has to file a claim with Mercury Insurance should be represented by a skilled lawyer who understands how to handle this type of claim and protect your rights to compensation.

Our Dealings with Mercury Insurance

The Steven M. Sweat, Personal Injury Lawyers, APC, APC, has had success in helping clients who have had to file claims with Mercury Insurance. In one case, a Los Angeles client suffered neck and back injuries in a rear-end collision. These injuries exacerbated the client’s preexisting spine condition. After Mercury Insurance initially denied the client’s claim, stating that there was no exacerbation of her pre-existing condition attributable to the car crash, our firm went to work. We hired medical experts to examine the client and review her medical records and then confronted Mercury Insurance with the results. Mercury Insurance went from initially offering $0 to offering the full policy limit of $100,000.

At the Steven M. Sweat, Personal Injury Lawyers, APC, an experienced Los Angeles auto accident lawyer can help you obtain the settlement you deserve, so please call today at 866-966-5240 for assistance.

References
Contact Us
Practice Areas
Search this Website
Client Reviews
★★★★★
I have known Steven for some time now and when his services were required he jumped in and took control of my cases. I had two and they were handled with the utmost professionalism and courtesy. He went the extra mile regardless of the bumps in the road. I can not see me using any other attorney and I would recommend him to any of my family and friends. Josie A.
★★★★★
Steven was vital during our most trying time. He was referred by a friend after an accident that involved a family member. While he was critical and lying in the hospital, Steven was kind, patient and knowledgeable about what we were going through. Following our loss, Steven became a tough and aggressive negotiator and made sure that we receive a huge compensation. I would refer Steven in fact, this happened 2 years ago and I still speak highly of his service. Cheryl S.
★★★★★
Mr. Sweat is a pitbull in the courtroom as well as settlement negotiations - You can't have a better equipped attorney in your corner! It is a pleasure working as colleagues together on numerous cases. He can get the job done. Jonathan K.
★★★★★
Because of Steven Sweat, my medical support was taken care of. Plus, I had more money to spare for my other bills. Steven is not only an excellent personal injury lawyer, providing the best legal advice, but also a professional lawyer who goes beyond his call of duty just to help his clients! He stood up for me and helped me get through the process. I would definitely recommend. I couldn't think of any better lawyer than him. MiraJane C.
★★★★★
I must tell anyone, if you need a great attorney, Steve sweat is the guy! I had an awful car accident and had no idea where to turn. He had so much to deal with because my accident was a 4 car pile up. Not to mention all the other cars were behind me and they were not wanting to settle in any way! He never stopped working for me and had my best interest at heart! Audra W.
★★★★★
I believe I made the best choice with Steven M Sweat, Personal Injury. I was very reluctant to go forward with my personal injury claim. I had a valid claim and I needed a professional attorney to handle it. I felt so much better when I let Steven take my case. His team did everything right and I am very satisfied. Stia P.
★★★★★
I have to say that Steve has been exemplary! I met Steve at a point with my case that I was ready to give up. He took the time and dealt with all of my concerns. Most importantly, he was present and listened to what I was going through. He was able to turn things around, put me and my case on the right track! The results were better that expected! Highly recommend!! Cody A.
View More
Submit a Law Firm Client Review