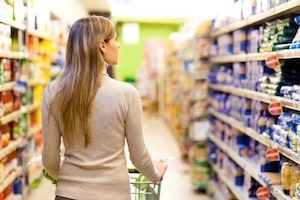 As an attorney who handles Wal-Mart injury claims in California, I know that most Californians are likely familiar with the huge retailer. The company is the largest one in the world according to its revenue in 2016. It is believed to be the company that is most often sued in personal injury claims in the U.S. Almost 20 lawsuits are filed against Wal-Mart every day. While a large number of these lawsuits are filed by its employees for business disputes and employment claims such as wage and hour and discrimination suits, many are also personal injury cases.

Many personal injury cases against Wal-Mart involve premises liability claims. The law in California is that business and property owners owe a duty of care to people who are legally on their premises. They are required to correct dangerous conditions about which they knew or should have known. Business owners are also required to warn customers about the existence of known hazards. Common cases involving personal injury include slipping and falling in spills or water, tripping over items left in aisles, being injured by falling merchandise that was not stocked appropriately, defective shelving that causes cuts and negligent security issues that result in robberies, assaults and other incidents. If a company like Wal-Mart breaches its duty of care, and its negligence in doing so results in an accident that causes harm to a customer, the company may be found to be liable to pay damages for all of the injured person’s losses.

As the biggest retail company in the world, Wal-Mart has the resources it needs to hire attorneys and investigators that are focused on disproving claims that are made against it. Wal-Mart is self-insured. It has established its own subsidiary, called Claims Management, Inc., which acts as the company’s insurance adjuster. Wal-Mart sets aside money in its budget each year for the payment of claims. When claims are successful, they are paid directly out of this fund. When the company pays out less, its bottom line is better. This gives Wal-Mart a vested interest in litigating all claims involving substantial injuries, and they often will use any means possible to make the litigation process expensive and difficult. For example, they may do the following:

While most corporations will quietly settle claims in order to avoid negative publicity, Wal-Mart rarely does so. Instead, the company tends to fight each case very aggressively. Part of the reason the company may act in this way is to discourage other injured people from filing lawsuits. Despite its size, strength and aggressiveness, the company often loses cases when people have been injured by its negligence or the negligence of its employees.

If you have been injured while you were shopping at a Wal-Mart in Los Angeles or anywhere in California, you will likely need to get help from an experienced personal injury attorney. A lawyer may be better able to anticipate the defensive tactics that the company might take and work to build a strong plaintiff’s case on your behalf. When you are going up against a company like Wal-Mart, an attorney may be necessary for any realistic chance of obtaining fair compensation. Contact a personal injury attorney today to schedule your consultation.