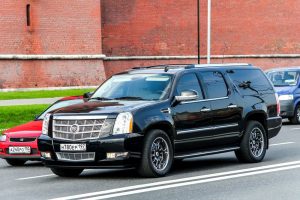 As an Uber passenger injury attorney in Los Angeles, I have seen the mobility of society give rise to various transportation network companies, or TNCs, in the last five years. Also called rideshares, these companies offer a less expensive option to taxis. In addition, they have attracted numerous drivers due to the scheduling flexibility for students or others who like the option of extra weekend work. However, the occupation is not without risks as accidents can occur when using a TNC.

With a solid presence in nearly 20 cities, Uber boasts the quickest expansion rate in Los Angeles of all their markets, according to a Forbes article written in 2015. A Princeton University professor, Alan Krueger, along with their Head of Research released an analysis of the company’s history and earnings. They reported that the company is hiring new drivers at a rate that more than doubled every six months between 2012 and 2014. The company’s Upscale service, which uses black cars, has seen some growth, but most of the growth is via the traditional service, where drivers use their own vehicles.

Many rideshare drivers are simply looking for a way to earn extra money and have no additional driving experience. In addition to the usual reasons for accidents in the city, the following factors can combine to increase a rider’s risk of an accident when using a TNC:

If you think that your rideshare driver acted negligently, which resulted in your injury, contact our attorney for assistance.

On July 1, 2015, new legislation under AB 2293 went into effect, unique to the state of California. The law mandates that all drivers must adhere to specific insurance coverage requirements.

Their affiliate company, Raiser-CA LLC or the driver must have minimum liability insurance coverage as follows during Period 1:

Of additional interest is the fact that the personal auto insurance of rideshare drivers no longer covers them if they happen to be involved in an accident, injuring a passenger in the process. Under the new law, they will need to specifically buy insurance created for ridesharing. This applies to all types of vehicle coverage, including:

Although drivers are not legally required to buy additional insurance to protect them during Period 1, they might choose to take advantage of higher liability limits for their own protection.

The new legislation defines three coverage periods when rideshare drivers are on the job.

Period 1 is the time when the driver goes online until he or she agrees to a client pick up. Company insurance, not personal insurance, covers drivers during this time.

Uber’s coverage under Period 2, when traveling to pick up a customer, and Period 3, when transporting passengers, includes:

The company must also provide additional liability coverage valued at $200,000.

While the company provides an umbrella policy that covers drivers, they can also connect with Farmers Insurance. They have specifically addressed this issue by developing coverage for rideshare drivers, including minimum and higher coverage rates.

Contact Our Los Angeles Attorney After a Rideshare Accident Involving Uber, Lyft or any Similar Service

Along with other states, California has responded to the need for updated laws regarding Uber and similar rideshare services. If you were a passenger and suffered an injury due to a driver’s negligence, reach out to our law firm for help in understanding your legal rights. We will examine insurance coverage issues, assess fault and evaluate the ramifications of your case under current law.

Additional Source
Contact Us
Practice Areas
Search this Website
Client Reviews
★★★★★
I have known Steven for some time now and when his services were required he jumped in and took control of my cases. I had two and they were handled with the utmost professionalism and courtesy. He went the extra mile regardless of the bumps in the road. I can not see me using any other attorney and I would recommend him to any of my family and friends. Josie A.
★★★★★
Steven was vital during our most trying time. He was referred by a friend after an accident that involved a family member. While he was critical and lying in the hospital, Steven was kind, patient and knowledgeable about what we were going through. Following our loss, Steven became a tough and aggressive negotiator and made sure that we receive a huge compensation. I would refer Steven in fact, this happened 2 years ago and I still speak highly of his service. Cheryl S.
★★★★★
Mr. Sweat is a pitbull in the courtroom as well as settlement negotiations - You can't have a better equipped attorney in your corner! It is a pleasure working as colleagues together on numerous cases. He can get the job done. Jonathan K.
★★★★★
Because of Steven Sweat, my medical support was taken care of. Plus, I had more money to spare for my other bills. Steven is not only an excellent personal injury lawyer, providing the best legal advice, but also a professional lawyer who goes beyond his call of duty just to help his clients! He stood up for me and helped me get through the process. I would definitely recommend. I couldn't think of any better lawyer than him. MiraJane C.
★★★★★
I must tell anyone, if you need a great attorney, Steve sweat is the guy! I had an awful car accident and had no idea where to turn. He had so much to deal with because my accident was a 4 car pile up. Not to mention all the other cars were behind me and they were not wanting to settle in any way! He never stopped working for me and had my best interest at heart! Audra W.
★★★★★
I believe I made the best choice with Steven M Sweat, Personal Injury. I was very reluctant to go forward with my personal injury claim. I had a valid claim and I needed a professional attorney to handle it. I felt so much better when I let Steven take my case. His team did everything right and I am very satisfied. Stia P.
★★★★★
I have to say that Steve has been exemplary! I met Steve at a point with my case that I was ready to give up. He took the time and dealt with all of my concerns. Most importantly, he was present and listened to what I was going through. He was able to turn things around, put me and my case on the right track! The results were better that expected! Highly recommend!! Cody A.
View More
Submit a Law Firm Client Review