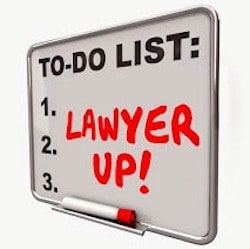 What are the top five reasons people hire a personal injury attorney? As an accident claims lawyer in Los Angeles in practice for over 18 years now, I have my opinions but, I decided to research the topic a little further. I came across a study done by the Insurance Research Council entitled: Injuries in Auto Accidents, An Analysis of Auto Insurance Claims. Granted, this study was conducted in 1999 but, I believe that the motivations for seeking the assistance of an attorney after an incident resulting in personal injury or death still hold truth today. What they found as the motivation for retaining legal counsel for a traffic collision claim was the following:

NOTE: The remaining few percentage of respondents provided reasons such as “the other party was uninsured” and “One member of my household filed a claim against another household member.”

My take on the stated reasons for enlisting the help of an accident and injury lawyer:

After being an attorney licensed by the State of California since 1996, and having helped thousands of Californians from San Diego to Orange County to Los Angeles to the Inland Empire and up into the San Joaquin Valley and the San Francisco Bay Area from all walks of life and with various types of cases, I find some interesting “nuggets” to draw from this study. My view of these various impetuses is as follows:

The Importance of Hiring an Honest Personal Injury Lawyer

Does my lawyer have a record of discipline with the California State Bar Association?