Top Five Causes of Death Inside the Home 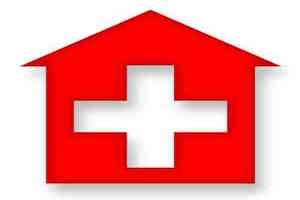 Ever wonder what the top causes of death inside the home are? While Californians may tend to view their homes as safe places, many people suffer accidents that lead to serious injuries or deaths in their homes. In some cases, others who are on the property are seriously injured or killed. Homeowners should be aware of the potential dangers, and they should promptly correct any hazardous conditions that might exist on their property. If a person is seriously injured or killed while at the home of a different person, an experienced personal injury law attorney might be able to help with recovering damages to compensate his or her client for the losses that resulted. Here are the top five causes of accidental deaths suffered in accidents in homes.

In order to prevail on a premises liability claim against a California homeowner, an injured plaintiff will have to prove the following:

If you have been injured on the property of another person, it is important that you speak to an experienced personal injury attorney who accepts premises liability matters. An attorney may analyze what occurred and provide you with an honest assessment. He or she may work to help you to recover the amount of compensation that you deserve.