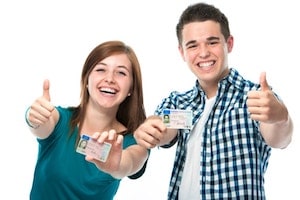 As a teen driving accident attorney in Los Angeles, I have seem my fair share of tragic injuries and fatalities related to dangerous motor vehicle operation activities on the part of teenage drivers and passengers in vehicles being driven by young people. In an attempt to educate the public and decrease these tragedies, I thought I would post some of the more common causes of traffic collisions involving high school age to college age individuals and detail what California law mandates as an attempt to reduce these crashes.

What are the most common causes of injury related accidents and fatal traffic collisions among teens?

Motor vehicle crashes in California and nationwide are the number one cause of death among persons age 15 – 19 years old and these deaths are distributed almost 50/50 among drivers and passengers! Youths in this demographic are also involved in a much higher percentage of collisions resulting in bodily injury than just about any other age group. Why is this?

Rules of the road in California that are meant to protect teens and young adults:

Driver’s Licensing Rules for New Drivers in CA: In the State of California, driver’s licenses can be issued to new drivers as follows:

Seat Belt Requirement: Every driver and passenger traveling in a motor vehicle in the State of California must be properly restrained (usually with a shoulder and lap harness unless the passenger is a child or the vehicle is not equipped with such devices).

DUI Rules for Persons Under 21: CA law provides a legal blood alcohol limit of .08 percent for persons above 21. For persons under 21, there is a zero tolerance policy which prohibits any measurable amount of alcohol on the part of a young driver. Therefore, even a .01 is a violation and can result in license suspension and/or revocation.

As discussed in many other posts in our blog, CA Law provides that, “Everyone is responsible, not only for the result of his or her willful acts, but also for an injury occasioned to another by his or her want of ordinary care or skill in the management of his or her property or person, except so far as the latter has, willfully or by want of ordinary care, brought the injury upon himself or herself.” This includes teenage and young adult drivers. In addition, parents of these teens may be responsible both as a registered owner of any vehicle operated by their teenage or young adult child and for any direct negligence including negligent entrustment of the automobile (i.e. lack of “ordinary care” in allowing the use of their motor vehicle).

Many thousands of California teens and their parents throughout the golden state including Los Angeles, Orange County and the Inland Empire are able to learn how to drive without incident. Unfortunately, some teens or parents act irresponsibly or without due care in the operation or use of motor vehicles. If such conduct causes an auto accident that that results in injury or death, an experienced personal injury lawyer should be consulted to properly investigate the facts and circumstances surrounding the incident and to determine the full extent of civil liability for damages including medical expenses, lost income and pain and suffering. For a free consultation on any such traffic collision claim, call toll free 866-966-5240.