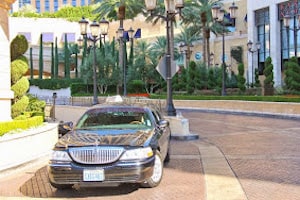 Ride share injury claims in California are becoming more and more frequent due to the volume of passengers being transported by companies like Uber, UberX, UberBLACK, Lyft, SideCar, and several others, which now have hundreds of drivers transporting thousands of people in cities like Los Angeles, San Diego, San Francisco and many other parts of the Golden State. While the concept of “ride sharing” seems fairly straightforward (i.e. drivers “volunteer” to use their own care to provide transportation from people who log in to an app on their smartphone) it has some wrinkles when it comes to accident and injury claims.

Who is Legally Liable if a Passenger is Injured in a Vehicle Being Driven by an Uber or Other Ride Share Driver?

This is a good question and one that is currently the subject of cases being litigated in the California Court System. In general, California law provides that any “employee” or “agent” of a corporate entity can There have been several, high profile traffic collisions and other incidents such as assaults involving these drivers in the last several months. The debate centers mainly around the legal principal known as “respondeat superior” (latin phrase that literally translates, “let the master answer”). Under this principle, the “master” (usually and employer or other business entity in control of the actions of some other type of “agent”) is liable if their “servant” (employee, agent, or representative) commits an act of negligence or other wrongdoing that results in injury or damage to other people. California law states that a “principal” may be responsible for the acts of an “agent” if the elements are shown follows:

In the case of drivers for companies like Uber and Lyft, there have been several instances (mainly in Los Angeles and the San Francisco bay area), where persons have been injured or killed and these issues have come up. The ride share companies are arguing, (1) that the drivers are not agents or employees but, “independent contractors”; and (2) they are not “in the course and scope of employment” if they are not actively going to or from a call to pick someone up. For example, if the app is running and the driver is driving around town and available but, a passenger has not yet requested them, they are not “on the clock” so to speak. Plaintiffs (including the family of a young girl that was killed) are presently litigating active claims and arguing that the drivers are in fact employees of Uber, Lyft, etc. and that they are in the “course and scope” no matter whether they have received an active request, or not. The analogy is that taxi companies are still held liable for accidents involving drivers who aren’t “on the way” to a pickup and why should ride share companies be any different?

Insurance and Safety Issues with Ride-Share Accident Claims in CA

California state law presently requires that drivers carry an individual policy of insurance for their vehicle and that the ride share companies have a minimum of $1 Million in coverage that is “excess” or supplemental to the driver’s insurance. It also requires vehicle safety inspections and background checks for drivers. However, as pointed out in recent lawsuits filed by both the Los Angeles District Attorney’s Office and the San Francisco District Attorney’s Office (see L.A. Times story), the criminal background checks do not presently require fingerprinting (making them much less effective) and the safety and insurance requirements also have their loopholes, calling into question the representations of a “safe” alternative to taxis that the companies make to Cal. consumers.

When a person is involved in a motor vehicle accident where an Uber driver is either partially or wholly at fault, there will be disputes as to whether the ride share company is liable at all and whose insurance policy should pay for medical expenses. Many automobile insurance companies in CA are excluding coverage for drivers who use their vehicles for “business purposes” and are specifically categorizing Lyft and ride share drivers as a “business” because the drivers get paid for everyone they pick up and transport. In addition, proving negligence in hiring, supervising or retaining a ride share driver may be required in order to hold companies like SideCar legally responsible for injury or wrongful death claims. In several instances, the drivers have been accused of serious intentional torts and criminal activity such as sexually assaulting passengers. To hold Uber or some other ride share company responsible in this instance, would require a showing of a lapse or ineffective background check or other act of negligence in hiring or continuing to employ a person for whom they knew or should have known may be capable of such an act.

Because these legal issues are complex, it is very important for anyone injured as a passenger, pedestrian, bicycle or motorcycle rider due to the negligence of a ride share driver to immediately consult legal counsel. Delay of even a few days could result in the injured person or the family of a deceased individual to lose valuable legal rights by taking actions that may prejudice the claim. Steven M. Sweat, Personal Injury Lawyers, APC, is currently available to represent ride share injury victims throughout California including San Diego, Los Angeles, Orange County, and the Bay Area. Call our statewide toll free number for a free contact us with an attorney on your legal rights to compensation for any ride share incident: 866-966-5240.