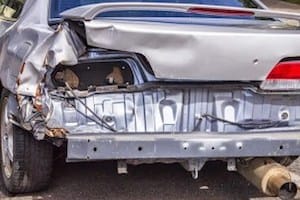 California laws related to rear end auto accident claims are important because the Golden State is home to some of the highest traffic volumes on freeways and surface streets in the country especially in urban areas like Los Angeles, Orange County or the Inland Empire. This leads to a lot of rear-enders every year from persons traveling too fast or following too closely or both. Many of the incidents are fairly low impact when they occur in slow moving traffic but, at even moderate rates of speed, they can cause significant bodily harm.

What are the basic California Vehicle Codes that apply to rear-end collisions?

There are two, principal statutes that come into play when analyzing the legal responsibility of parties in a collision from behind. These incidents are almost always deemed the fault of party who strikes from rearmost position. These provisions are as follows:

What do the basic driver safety and physics of following another vehicle dictate?

Most driving safety education materials and instructors will tell you that you should use a three second rule to determine a safe following distance from the automobile ahead of you. What does this mean? Pick a fixed object such as a bridge, road sign or building coming up alongside the road. When the car ahead of you passes that fixed point, count off three seconds and make sure your car does not pass that same fixed point of reference before the end of that three second period. This rule assumes that the road conditions are good and the pavement is dry. It rainy weather, even more room should be allowed. You should never tailgate another person to get them to “move over” nor should you follow the car in front of yours more closely due to persons behind you tailgating your vehicle.

Common injuries that occur from getting hit from behind: 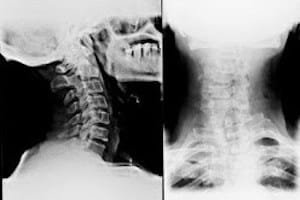 Basic laws of physics dictate that bodies at rest tend to stay at rest and bodies in motion remain in motion. The unfortunate way this plays out in a crash from the back of your vehicle is that your car comes to rest but, your body gets propelled forward and then back. The most common injury that results is damage to your head and neck. “Whiplash” is the common term for derangement of the cervical spine and the discs in between caused by immediate trauma. The brain is also a floating organ in your head that can be slammed from one portion of the skull to another as a result of sudden jerks forward and then back. On the one scale of seriousness, this can mean minor discomfort or stiffness for days or weeks following the incident upwards of major complications such as a cervical or thoracic disc protrusion or herniation and/or a major concussive disorder. Symptoms range from head pain, neck pain, and numbness or shooting pains down extremities such as arms or legs. More minor neck and back injuries can usually be treated with proper and sustained physical therapy over several weeks. Severe spinal disc issues may require surgeries such as a microdiscectomy or fusion of the vertebrae above and below the herniation. Head trauma should always be taken seriously and symptoms such as headaches, memory loss, and loss of feeling should always be addressed with proper consultation with a neurological specialist and diagnosis from CT or MRI radiographic studies.

Consult with a quality personal injury law firm like Steven M. Sweat, Personal Injury Lawyers, APC if you or someone you know has been the victim of a rear end collision in California.