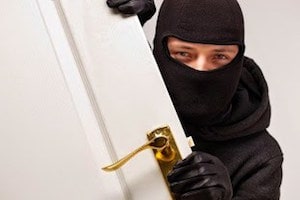 Everyone likes to feel safe and secure. Unfortunately, individuals sometimes have a false sense of security, and when they are supposed to be safe, they might not be. This is known as negligent security and this can result in harm and injury to someone. Populated areas such as Downtown Los Angeles, West Hollywood and Beverly Hills are well known areas for incidents such as these. If you or someone close to you was injured because of the lack of security, contact a lawyer in Downtown Los Angeles today.

Have you or Someone you Know Been Injured due to Negligent Security?

It is imperative to contact a Los Angeles lawyer regarding your any potential Negligent Security lawsuit. Issues can include the following:

When there is a lack of security in a public place, criminal activity and injury may be inflicted upon an innocent individual. For the most part, many negligent security lawsuits deal with businesses and apartment complexes. Even your own home may be giving you a false sense of security. For example, faulty locks may result in someone being able to enter your home easily. Our lawyers in Los Angeles are here to help if you have been harmed inside your home because of a faulty security system.

College campuses around the country, including areas of West Los Angeles, downtown L.A., San Diego or San Francisco are becoming more open to attacks on students and resulting in negligent security lawsuits. If you are a college student or you know of a college student that has been injured or assaulted on or near campus due to the lack of security, contact our office.

Recent Examples of Negligent Security Cases We Have Handled Include the Following:

If you need the assistance of an experienced attorney and lawyer that is knowledgeable about these types of security issues on commercial properties such as bars, night clubs, storage facilities, medical offices and hospitals, and residential facilities like nursing homes, residential care facilities, apartment buildings and other similar areas throughout California including Los Angeles, San Diego and anywhere in Southern or Northern CA call our office | 866-966-5240