Most Dangerous Intersections in Los Angeles

The most dangerous intersections in Los Angeles according to the most recent data statistics are, not surprisingly, all located in areas of high vehicle and foot traffic in downtown L.A., South Central Los Angeles and the San Fernando Valley. As an attorney that represents accident victims in LA., I thought I would point out where these intersections are located, why they pose risk of bodily harm to motorists, pedestrians, bicycle and motorcycle riders, and what might be done to improve the safety of these areas. I will use the top five most dangerous crossings in the City of Angels as determined by a study by KPCC, the local public radio affiliate and several other local news organizations.

Top Five Most Dangerous Intersections in the City of L.A. 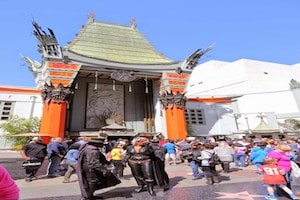 While the above five intersections have shown an inordinate number of pedestrian mishaps, the numbers reflected above are in the hundreds if you count total number of motor vehicle accidents including auto v. auto, bus crashes, and bicycle and motorcycle collisions. Other “hot spots” within Greater Los Angeles include several intersections in the San Fernando Valley (especially Van Nuys and North Hollywood) and crosswalks and busy crossways in the adjacent cities of West Hollywood, Beverly Hills and Santa Monica.

What can you do to Protect Yourself From Serious Injury or Death When Traversing one of the Dangerous Los Angeles Intersections?

Whether you are in a motor vehicle or on foot, there is one rule of thumb as you approach any major junction of two heavily traveled surface streets in the “City of Angels” and that is STAY ALERT! So-called “Critical Pre-Crash Events” such as running a red light, making an abrupt right or left turn without signaling or yielding the right of way to oncoming traffic, turning with an obstructed view, stepping into a crosswalk without looking both ways or waiting for the signal to change, or simply going too fast or misjudging distance or speed of vehicles are all related to inattention on some level.

It goes without saying that being struck within an intersection in a car, bike or on foot can result in serious bodily injury or death. Seeking prompt medical attention for bodily harm is critical. What is also important is to determine whether or not there may be legal fault associated with negligence or wrongdoing including a violation of one or more California Vehicle Code sections applicable to controlled or non-controlled intersections. Prompt investigation such as obtaining the police report, inspecting the scene of the accident for physical evidence, and obtaining statements from witnesses at the scene can provide evidence critical to proving legal liability. A competent Los Angeles personal injury lawyer is best qualified to assist in this process and to make sure the injured party is not stuck with paying for present or future medical expenses or losing wages due to the fault of another. The law also provides for compensation for physical pain and mental suffering related to any motor vehicle collision that resulted from the negligence of a driver or mass transit operator. For a free consultation on any accident or injury claim call Steven M. Sweat, Personal Injury Lawyers, APC toll free at 866-966-5240 or at 310-592-0445.