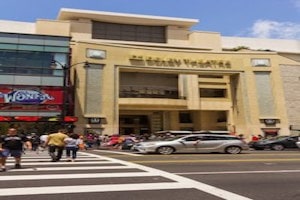 Los Angeles and California pedestrian injuries and fatalities remain some of the highest in the nation. Why is it so dangerous to be a pedestrian in Los Angeles and California? Each year, thousands of people are killed and many are injured when they are hit by vehicles while walking. Pedestrian fatalities have been increasing since 2006, and the greatest annual year-over-year increase in deaths occurred in 2016. Data shows that California has a particularly high rate of pedestrian injuries. In 2016, it led the nation with 359 people killed by vehicles when they were walking.

Overview of the Statistics

According to the Governors Highway Safety Association, an estimated 5,997 pedestrians were killed nationwide in 2016. This represented an 11 percent increase over the number of people who were killed in 2015, which was the largest single-year increase that has occurred since the numbers have been tracked over the past 40 years. As a percentage of traffic fatalities, pedestrian deaths have been climbing since 2006. In that year, they accounted for 11 percent of all accidents while in 2015, they accounted for 15 percent overall.

California had the highest number of pedestrian deaths in the nation during the first six months of 2016 with 359 people who were killed. It was followed by Texas with 322, Florida with 301 and New York with 127. Together, those states accounted for 42 percent of all of the pedestrian fatalities in the country during that time period. In 2015, 85 pedestrians were killed in Los Angeles. The state’s pedestrian fatality rate in 2015 was 2.18 for every 100,000 people.

In large urban areas like Los Angeles, a number of factors make pedestrian accidents likelier. One issue is that more and more people are using smartphones while they are driving or walking. This means that there are an increasing number of distracted drivers and distracted pedestrians who may simply not notice each other’s presence. Traffic congestion also contributes to the problem as does people who attempt to cross busy roads in the middle of blocks rather than walking to crosswalks and intersections. Some intersections do not have crosswalks, making crossing the street more dangerous. In many locations, pedestrians are not separated from traffic.

What can be Done?

The GHSA recommends that states implement a number of measures to reduce the number of pedestrian accidents and fatalities. It recommends that more pedestrian-separation strategies are used, including the installation of more sidewalks, pedestrian overpasses, additional time at intersections for pedestrians to cross the street along with crossing signals that have countdowns, new traffic signals and pedestrian hybrid beacons. The GHSA also recommends that cities take steps to increase pedestrian visibility by installing additional street lights and making crosswalks highly visible to motorists. Engineering measures that are recommended include adding more room to roads for separate bicycle and pedestrian lanes, installing roundabouts and speed bumps and using automated enforcement measures for people who violate the laws. Finally, the GHSA recommends a stepped-up public education campaign.

What is California Doing to Reduce its Pedestrian Fatalities?

California has implemented a number of behavioral measures that are aimed at reducing the state’s pedestrian fatalities. It has printed educational materials about pedestrian safety that are culturally specific. The state established pedestrian safety month for the month of September, and it has given more funding for pedestrian safety equipment such as crossing guard kits and reflective arm and leg bands. Law enforcement officers in the state are conducting crosswalk stings and ramping up efforts to combat distracted driving. They are also enforcing laws that are aimed at addressing factors that contribute to collisions. The state offers free street safety assessments to cities and areas with high pedestrian accident and fatality rates.

Walking is a healthy and beneficial way for people to transport themselves to and from work and elsewhere. Unfortunately, many pedestrians are seriously injured or killed when they are struck by cars. In Los Angeles with the high amount of traffic, it can be dangerous for pedestrians who share the road with motor vehicles. If you have been seriously injured or have had a loved one who has been killed after being struck by a vehicle, you may need legal help. Contact an experienced personal injury attorney to learn about the rights that you might have in your case.