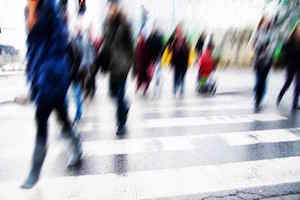 Los Angeles pedestrian accidents in intersections happen with all too much frequency. In fact, our local public radio station, KPCC, recently conducted a survey of pedestrians in L.A. and polled city officials to determine which intersections in the “City of Angels” pose the greatest risk to persons attempting to cross on foot. They came up with this interactive map which details the 53 Most Dangerous Intersections in Los Angeles.

Not surprisingly, the majority of these crossways are in the dense urban areas of Santa Monica, Hollywood and Downtown L.A. However, there were also some pockets of dangerous roadway crossings in suburban areas like the Van Nuys region of the San Fernando Valley.

What are the Most Common Causes of Pedestrian Accidents in Urban Areas Like Los Angeles? Why is it Important to Consult and Retain Legal Counsel Following an Auto v. Pedestrian Mishap?

Unfortunately, it is human nature to deny responsibility for incidents which result in potential legal liability. For every provision of the Cal. Veh. Code like 21950(a), which states: “The driver of a vehicle shall yield the right-of-way to a pedestrian crossing the roadway within any marked crosswalk or within any unmarked crosswalk at an intersection”, there is an equal provision like CVC 21950(b) that mandates that pedestrians have a “duty of due care” to guard their own safety. This makes it crucial to retain an advocate that can garner evidence to argue for culpability on the part of the driver that strikes the person on foot. If the driver is insured, his insurance company will immediately assign a claims adjuster and will employ investigators to obtain recorded statements and other evidence that may support a theory that injured wayfarer was not looking where they were going before they entered the crosswalk when, in fact, in most instances, the law can and should protect people traversing our city streets on two feet. A quality personal injury attorney familiar with Los Angeles and its dangerous intersections is able to reconstruct accidents in a way most beneficial to the pedestrian. (Note: For a more complete analysis of legal liability for pedestrian accidents in California, click here).