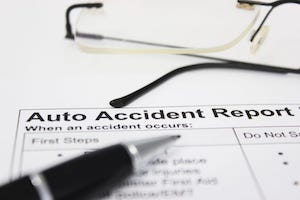 What is the legal significance of California traffic collision reports? This is one of the most common questions I get as an attorney who represents auto accident victims in Los Angeles and throughout CA. Almost every significant car crash involving serious bodily injury or death in California will be investigated by a law enforcement official from the California Highway Patrol or local agencies like LAPD or other municipal police forces charged with a duty to report his or her findings regarding the alleged “cause” of an accident based upon numerous facts garnered during the investigation of the incident but, what is the significance of these findings? Are they conclusive as to legal liability of the parties? If a party is determined to be “at fault” in the report, is this grounds for denial of a civil claim for personal injury at a later date?

What is the purpose of a written accident report in CAL?

The basic purpose of a traffic collision report in California is simply to document the facts and circumstances surrounding the incident. Such information always includes the following:

A typical collision report will follow the basic content of the standard California Highway Patrol Traffic Collision Report . Sometimes certain law enforcement officers simply fill out the first page (with basic party information and insurance information, and the second page with a conclusion as to fault with citation to the applicable California Vehicle Code sections) and nothing else and sometimes (often in more serious accidents involving major injuries or fatalities), the report will be much more detailed with attached sketches containing measurements of things like the road layout, where the vehicles came to rest after impact, and the location of skid marks and debris from the vehicles on the roadway.

Is a police report related to an auto accident considered “evidence” of what happened and who is at fault?

While there are some, limited bases for allowing the introduction of a traffic collision report into evidence, as a general rule such reports are NOT considered admissible evidence of who was or should be legally responsible for an traffic collision. There are numerous California Rules of Evidence that can form the basis for this argument including the following: (1) The document is “hearsay” (defined as an out of court statement attempting to be used to prove the truth of the matter asserted). This rule of evidence has been held to bar both the report itself and the officer’s opinion contained in the traffic accident report that a driver was or was not legally responsible. Carlton v. Department of Motor Vehicles (1988) 203 Cal.App.3d 1428, 14233-34; (2) California Evidence Code 352 (bars evidence which is of limited “probative value” as compared to the potential that it may prejudice the jury); (3) California Vehicle Code 20013, which states that, “no such accident report shall be used as evidence in any trial, civil or criminal, arising out of an accident ..; and (4) numerous other grounds for objection including improper foundation.

Having said this, there is legal authority in CA to allow the use of police accident reports for certain, limited purposes in a personal injury trial. For example, they could be used to refresh an officer testifying “live and in person” as to their recollection of events related to the incident. If statements attributable to one or more parties are inconsistent with testimony provided later either in a deposition or trial, the police report may be used to “impeach” that person by pointing out the inconsistencies in testimony. It is also sometimes argued that they are “business records” or “public records”, two exceptions to the normal ban on “hearsay” evidence. However, having them admitted outright at trial by a judge would be a rare occurrence. Likewise, allowing a police officer to provide their opinion as to fault without being qualified as an expert witness is also not usually done.

Why is it so crucially important to obtain good legal advice from a quality California personal injury attorney about the contents and effect of a Traffic Collision Report?

Police officers do us all a great service. However, they are human like anyone else and they can and do make mistakes in investigating traffic accidents and providing their opinion as to the legal cause of the incident and fault of the driver or drivers. Sometimes critical information is left out of the analysis, not all witnesses are identified and not all pertinent evidence is examined by the investigating officer. In addition, California (as I have pointed out in other blog posts) is a comparative fault state which means that there can be many causes of a crash including the negligence of one or more individuals or entities. For all these reasons and more, it is crucial to seek the advice of an attorney familiar with auto accident claims as soon as possible. If the police report finds against you regarding fault, it will almost certainly be used by the insurance company for the other driver and you will be convinced by their adjuster that it is conclusive and that you have no case. If it finds against the other driver, their insurance company will, no doubt, try to convince you that the document has no real, binding effect. Why? Because insurance companies use police reports for their own self-interest in trying to get you to drop the claim or in attempting to devalue any claims for injury. Without an attorney to thoroughly review the report, conduct follow up investigation based upon the information in the report, and provide you with sound legal advice, any person making an injury claim for damages is at a complete and utter disadvantage!