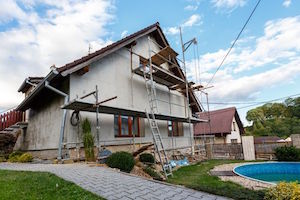 In California doing a home remodel construction project, unfortunately, sometimes leads to incidents causing personal injury or wrongful death. As an accident attorney who has represented victims in these incidents, I find that many times the persons injured or their families are unsure about legal rights related to recovery of medical expenses, lost time from work or pain and suffering.

What Does California law say in General About the Duty of Property Owners to Keep Their Land Safe During Construction?

As I have discussed many times, in prior blog posts, every property owner in the State of California, has a duty to maintain their premises in a reasonable manner. This includes being responsible for any injury caused by any dangerous conditions on the property for which they either knew about or should have known about. Unfortunately, when homeowners decide to do a remodel, they sometimes engage in “do it yourself” projects for which they are not fully qualified to perform. Alternatively, they may hire contractors to come in and do work and those workers may create dangerous conditions such as deep holes or trenches where persons can fall into, exposed electrical wiring that can cause shocks or burns, debris or other obstructions on sidewalks or streets that can cause slipping or tripping hazards, or exposed pools or fountains may lead to drowning or many other types of catastrophes. When a fall, collapse, burn or other catastrophe can be attributed either directly to the negligence of the homeowner or to the lack of due care of a contractor hired by the homeowner, the person suffering bodily harm may be able to hold either one or both legally responsible for the medical costs, lost wages, physical pain and emotional distress caused by such an incident.

How Does CA law Protect Workers Injured While on the job Site at a Home Remodeling Projects?

Many homeowners in the Golden State do their research and make sure to hire licensed, bonded and insured contractors to perform work on their property. However, more often than you would think, homeowners either intentionally or negligently employ contractors or subcontractors that are not licensed by the state. What does the law say if a worker gets injured on the job while working for one of these unlicensed contractors?

California Labor Code 2750.5: This law specifically mandates that persons who are working on a property and doing work for which a license is required, may be deemed the “employees” of the contractor. Further cases have held the homeowner responsible as the “contractor” and thus the “employer” for these injured workers. Therefore, if the homeowner maintains workers compensation insurance, a claim may be made by the injured laborer and, if the homeowner does not have work comp insurance, then an action “in tort” for negligence may lie (this means that the worker could assert a claim against the homeowner directly for injuries sustained while working on the remodeling job), under California Labor Code 3706. This would allow not only for compensation for medical bills and out of pocket costs but, also for physical pain and emotional suffering caused by the incident that would normally not be recoverable if the laborer was limited to a workers compensation claim.

Why it is Important to Consult With A California Lawyer Familiar With Claims Related to Home Improvement Construction Site Accidents and Injuries?

Let’s face it, when you fall into a deep trench, suffer electrical shock, fall off a scaffold or roof or other common construction site accidents, the injuries can be severe. It is important to determine whether either the contractor, the homeowner or both may be responsible for payment of hospital and other medical expenses, lost time from work and even pain and suffering. Every case is different and whether you are someone injured while just trying to walk in or around the property or you are someone hired to do work, your situation should be analyzed by a legal professional who can determine if negligence has occurred, what insurance policies may come into play, and how best to get you compensated for your loss. Steven M. Sweat, Personal Injury Lawyers, APC is a Los Angeles based personal injury firm with experience representing persons injured in and around home construction sites throughout California and we would be glad to offer a free consultation to you or your loved one regarding these issues. CA Statewide toll-free injury helpline: 866-966-5240.

Example of Persons We Have Helped On This Issue: We recently represented a man who was hired by an unlicensed contractor who was, in turn, contracted by a homeowner to replace a patio roof. While working on the roof, our client stepped on an unsecured scaffold rung which collapsed and caused him to fall and break his neck. Having been offered nothing by the person who hired him or the homeowner, he sought our help. We were able to obtain payment of the full homeowner’s policy limits of $300,000 for his injury. This allowed him to have necessary surgery and provided additional compensation to him for the downtime in not being able to work for several months following the fall.