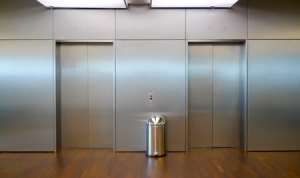 Elevator accidents in California happen more frequently than one might think. New high rise buildings are being built every day throughout California (including San Diego, Los Angeles and San Francisco) and existing buildings with floors exceeding 10, 25, 50 and even 100 floors have extensive elevator networks which require constant monitoring and maintenance. With the new technology, elevators are safer than ever before. However, there are many people that are injured as a result of working on or around elevators or using elevators for transportation and the injuries are usually quite severe.

Below are statistics regarding workers that were injured while near or around elevators:

If you are injured at a job site as a result of negligence by a contractor or employer, you may be entitled to injury claim compensation for your injuries. It is important to contact an attorney that is experienced in personal injury, so that all of the facts about your case can be clearly defined. Extensive investigation including expert inspection and testing may be required within a short time frame following an elevator accident or injury to determine what caused the accident and whether the cause can be attributed to negligent installation or construction, maintenance or repair or other issues regarding the operation of the elevator and all its components. This is why it is important to retain the services of a California elevator accident attorney as soon as possible after the incident.

As an escalator accidents attorney in California, I know that escalator mishaps occur much more often than one might think. Escalators are present in so many places like shopping malls, subway and railway stations, retail stores, and high rise buildings in Los Angeles, San Diego and San Francisco and all over the Golden State. Under the laws of the State of California, escalators are considered a “common carrier” for the safe passage of people from one place to another. As such the persons in charge of running escalation systems in commercial and residential structures are charges with the “highest duty of care” to prevent mishaps that can cause personal injury or death. Oftentimes, however, the landlord, tenant or maintenance company is remiss in discharging this duty and fails to inspect or maintain the equipment in a safe and reasonable manner to prevent trips or fall on or off of the stairway. There can also be issues of poor design such as gaps between the top of the railway and the upper guard rails or other structures meant to prevent children or even adults from falling and incurring serious bodily harm.

Dynamics of an Escalator Accident Claim

Escalator mishaps can occur in several different ways. One of the most common occurrences is the sudden stop which can throw a passenger forward or back causing a fall down the stairs. There are also events which can occur while boarding or leaving the escalator in and around the entry and exit platforms. Sometimes persons are caught between gaps in the railing or fall between such spaces. Because these devices are subject to both State and Federal standards on occupational health and safety, it is important to analyze what factors may have caused the injury inducing event. This can include inspection of required, regular maintenance records and discovery into the history of any prior problems.

Why is it Necessary to Retain a California Personal Injury Attorney Familiar With Escalator Accident Claims?

These cases require expert analysis from forensic engineers to reconstruct the accident and determine of the store owner or elevator or escalator company was negligent. This type of analysis should be conducted as quickly as possible following the mishap so that evidence of the state of the equipment and mechanisms can be preserved. This makes it vitally important to retain a lawyer promptly following any type of escalator accident in California. If you have been injured in an and need personal injury lawyers in San Diego, Los Angeles or San Francisco, please call our office for a free consultation and evaluation of your claims.