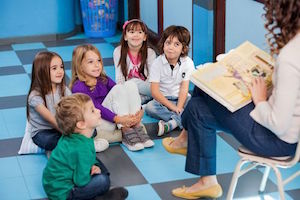 As a California daycare injury attorney, I know that many parents rely on daycare for their children while they work. Because the state is concerned about the safety of children in daycare centers, California has extensive regulations in place governing the operation of childcare facilities. Despite the laws, many children still suffer from a variety of different injuries while they are at their daycares. Some injuries result from negligence, inappropriate behavior, abuse, vehicle accidents, poorly sanitized toys and surfaces, improperly stored cleaning chemicals and improperly maintained playground equipment.

There are a number of different hazards that may be present in child care facilities in Southern California. Some of these may include any of the following:

There are many different types of injuries that commonly happen while children are at daycare centers. Of them, one of the most common is an injury from falling. Children also sometimes suffer from injuries when they are struck by falling objects that are stored improperly on high shelves or furniture. In family child care centers that are located in private homes, some children have been bitten by dogs or other pets. Similarly, children who are not supervised well may be bitten by other children who are attending the facility. Children may also be injured in accidents involving the daycare facility’s bus while being transported on community outings. The improper storage of chemicals or the presence of lead paint can result in a child’s being poisoned or suffering from chemical burns. Finally, some children are injured because of abuse by daycare staff.

The regulations regarding daycare facilities are found at the California Code of Regulations Title 22 § 101152 et seq. Among the rules, daycare centers, their owners and their staff must comply with the following:

There are numerous other regulations that centers must also follow. In some cases, a daycare center will not have the proper licensing or may be out of compliance with the laws. When there are not enough staff, children can be injured because of the negligence in supervision.

While many daycare centers ask parents to sign contracts containing indemnification clauses, these clauses generally do not hold up in court when a child is seriously injured while in care. People whose children are injured are in care will still need to be able to prove that the daycare is liable because of negligence.

In order to prove a personal injury claim against a daycare center, plaintiffs are required to prove that the daycare owed a duty of care to the child to protect him or her from harm. The plaintiff will next have to prove that the daycare center and staff violated or breached the duty of care and that the breach directly and proximately caused the child’s injuries. The injury that the child suffered must have been one that was foreseeable. Finally, the plaintiffs must be able to prove the nature of the child’s damages as well as the monetary amount of them.

Breach of the Duty of Care

If a daycare center has failed to do everything that is reasonably possible in order to protect the children from undue harm, the center will have breached the duty of care it owes to the children. An example might include failing to maintain the daycare’s bus appropriately such as continuing to operate it with worn tires. If the tire then blows out and an accident results, the daycare center has breached its duty if children are injured in the accident.

Direct and Proximate Cause

Finally, plaintiffs must be able to show that the child suffered a loss or injury. The loss may be either intangible or tangible. Examples of damages may include medical bills, out-of-pocket costs for bandages, medications and other things, any income that was lost while caring for the injured child and the child’s emotional distress and pain and suffering.

If your child was seriously injured while he or she was at a daycare center, you may be able to recover damages if the daycare center was negligent. Contact a Los Angeles daycare injury attorney for advice about your case.