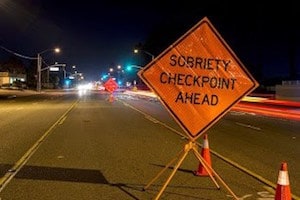 Commercial vehicle DUI accident claims in California happen more frequently than one might think. Commercial drivers like truckers, cab drivers, bus and train operators, limo drivers, public transit operators and many other type of motor vehicle operations can all be subject to strict schedules that sometimes lead to substance abuse. What do the laws of the State of California and U.S. regulations say about the ability to file a lawsuit for personal injury or death related to a commercial vehicle being driven by an operator who is under the influence of alcohol or drugs?

Under Cal. rules and regulations, commercial vehicle operators are subject to mandatory drug and alcohol screening. This includes persons who drive many different types of vehicles including the following:

These types of motor vehicle operators are subject to drug and alcohol testing on a regular basis and their employers are obligated to maintain complete and accurate records of such testing. (See Chapter 42 of the Code of Federal Regulations, Section 382 and following). California legal regulations require that these drivers not operate any type of driving or other “safety sensitive functions” with any, measurable amount of alcohol having been consumed within 4 hours of the operation of a commercial vehicle or other job duty that may endanger the public. Additionally, the California Code of Civil Procedure section 3333.7 states:

“Notwithstanding any other provision of law, any person who suffers injury that is proximately caused by the driver of a commercial motor vehicle shall be entitled to recover treble damages from the driver’s employer where it is shown both that the driver of a commercial motor vehicle was under the influence of alcohol or a controlled substance at the time that the injury was caused and that the driver’s employer willfully failed at the time of the injury to comply with any of the requirements of federal law described in subdivision (a) of Section 34520 of the Vehicle Code in regard to the involved driver.”

“Treble damages” are the basic compensatory damages to which an injury victim may be entitled with a multiplier as a “penalty” for willfully violating the law. This is designed to not only compensate the victim but to punish commercial trucking and transportation carriers who allow drivers to operate under the influence.

Without proper legal representation, it is nearly impossible to conduct the proper investigation into a commercial vehicle driver who may have been under the influence of alcohol or drugs at the time of a crash. Trucking companies and other commercial carriers have strong legal teams including those assigned to defend claims filed against their insurance carriers. Hiring a lawyer who is familiar with the processes and procedures for obtaining evidence necessary to prove a willful violation of the law can mean all the difference between being able to obtain maximum compensation or not. With proper representation by attorneys familiar with these rules and regulations, however, a victim of personal injury or the family of a wrongful death decedent can obtain needed compensation to pay medical expenses and replace lost income. In addition, penalties serve to deter similar, future conduct and make the roads safer for us all! If you are injured or a loved one is killed by a commercial truck or bus driver suspected of being DUI, contact our office for a free contact us statewide at 866-966-5240.

Related Resources
Contact Us
Practice Areas
Search this Website
Client Reviews
★★★★★
I have known Steven for some time now and when his services were required he jumped in and took control of my cases. I had two and they were handled with the utmost professionalism and courtesy. He went the extra mile regardless of the bumps in the road. I can not see me using any other attorney and I would recommend him to any of my family and friends. Josie A.
★★★★★
Steven was vital during our most trying time. He was referred by a friend after an accident that involved a family member. While he was critical and lying in the hospital, Steven was kind, patient and knowledgeable about what we were going through. Following our loss, Steven became a tough and aggressive negotiator and made sure that we receive a huge compensation. I would refer Steven in fact, this happened 2 years ago and I still speak highly of his service. Cheryl S.
★★★★★
Mr. Sweat is a pitbull in the courtroom as well as settlement negotiations - You can't have a better equipped attorney in your corner! It is a pleasure working as colleagues together on numerous cases. He can get the job done. Jonathan K.
★★★★★
Because of Steven Sweat, my medical support was taken care of. Plus, I had more money to spare for my other bills. Steven is not only an excellent personal injury lawyer, providing the best legal advice, but also a professional lawyer who goes beyond his call of duty just to help his clients! He stood up for me and helped me get through the process. I would definitely recommend. I couldn't think of any better lawyer than him. MiraJane C.
★★★★★
I must tell anyone, if you need a great attorney, Steve sweat is the guy! I had an awful car accident and had no idea where to turn. He had so much to deal with because my accident was a 4 car pile up. Not to mention all the other cars were behind me and they were not wanting to settle in any way! He never stopped working for me and had my best interest at heart! Audra W.
★★★★★
I believe I made the best choice with Steven M Sweat, Personal Injury. I was very reluctant to go forward with my personal injury claim. I had a valid claim and I needed a professional attorney to handle it. I felt so much better when I let Steven take my case. His team did everything right and I am very satisfied. Stia P.
★★★★★
I have to say that Steve has been exemplary! I met Steve at a point with my case that I was ready to give up. He took the time and dealt with all of my concerns. Most importantly, he was present and listened to what I was going through. He was able to turn things around, put me and my case on the right track! The results were better that expected! Highly recommend!! Cody A.
View More
Submit a Law Firm Client Review