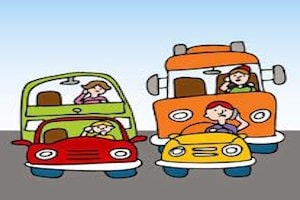 Commercial vehicle accidents caused by distracted driving are still a major problem in the U.S. Although they are trained, professional drivers with heightened licensing requirements and additional driver training, operators of large trucks and buses are still human and, like most other drivers, can’t resist using portable electronic devices like smartphones while behind the wheel.

What Does Federal Law say About the use of Hand Held Mobile Telephones by Commercial Drivers?

There are numerous state and federal regulations that come into play prohibiting being distracted behind the wheel of a semi-truck, commercial delivery vehicle, commercial bus or similar modes of transportation. Under the Federal Regulations governing such transport, two, principal rules of the Federal Motor Carrier Safety Administration (FMCSA) come into play as follows:

Therefore, absent an emergency situation, operators of commercial motor vehicles (including big rig truck drivers, commercial bus transportation operators and all other motor vehicle operators subject to the guidelines of the FMCSA, may not use hand held mobile phones or text and drive while behind the wheel.

How big of a Problem are Distracted Driving Accidents Among Commercial Drivers?

The above regulations (enacted in 2010), were in response to several studies done by the FMCSA, which concluded the following:

What You Should do if You Believe You are a Victim of a Commercial Vehicle Trucking or Bus Accident Involving a Distracted Driver?

It is estimated that there are over 2 million large tractor trailer commercial and long haul drivers operating the roads of America. Likewise, commercial bus operations run from public services like Greyhound to thousands of private coach companies. If you suspect that you or someone you love is the victim of a traffic collision with one of these large vehicles and that it was a result of driver error or negligence including the use of a cell phone or other means of distracted driving, it is important to contact a personal injury attorney experienced with these types of crashes and the investigation that needs to take place. Commercial drivers are subject to the above rules and many other regulations and proving a violation of one or more of these rules can significantly increase the chances of the company employing the driver accepting legal responsibility for the incident and paying full value for any claims of personal injury or wrongful death. Prompt demands through the legal process of company driving logs, cell phone records and other evidence is of paramount importance in these types of claims. For any commercial driver negligence claim in California, contact Steven M. Sweat, Personal Injury Lawyers, APC, Los Angeles based injury law firm representing accident victims throughout CA at our statewide, toll free number 866-966-5240.