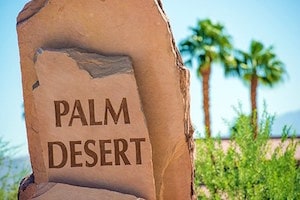 Located in Southern California, the Coachella Valley is approximately 15 miles wide and 45 miles long and is surrounded on all sides by mountains. The Chocolate Mountains rise to the south of the valley and the Little San Bernardino Mountains rise to the east. The Santa Rosa Mountains border the valley’s north end and the San Jacinto Mountains are to its west. From the Valley, you can see the famous San Andreas Fault line running along the mountains. The Coachella Valley also contains the Salton Sea, which is the biggest lake in the state. Both Palm Springs and Palm Desert are located in the Coachella Valley and are home to more than 600,000 people. The unique geographical and population makeup of the region sometimes results in some common types of personal injury accidents.

The Coachella Valley with its famous desert resorts of Palm Springs and Palm Desert along with the Salton Sea has long been a haven for people who are aged 65 and older for their retirement years. Since the population has a large percentage of senior citizens, the residents may be more prone to injuries in certain types of accidents such as slip-and-falls.

People age 65+ and the Risk of Slip-And-Fall Accidents

When senior citizens in the Coachella Valley are involved in car accidents, they are likelier to sustain serious injuries than are younger people. Falls are the leading cause of fractures in older people, but they may also suffer more fractures in car accidents than people of other age groups. Seniors may have characteristics that make them likelier to be involved in car accidents, including declines in vision, physical challenges, distractions and slower reaction times. They may also suffer more life-threatening injuries in apccidents. The Insurance Information Institute reports that 6,165 adults over the age of 65 were killed in the U.S. in traffic accidents in 2015. Another 240,000 were injured, and accidents involving drivers ages 65 and up accounted for 18 percent of all traffic deaths. With the Coachella Valley’s high percentage of older adults, the accident risks are unique, presenting special personal injury issues.

The Coachella Valley has multiple highways that connect its towns and cities as well as the rest of the state. Interstate 10 runs through the length of the Valley, allowing travel to Los Angeles and beyond. Some stretches of this busy highway are considered to be very dangerous, including the stretch between Coachella and Highway 177. As of July 12, 2017, the Desert Sun reports that 10 people were killed along that stretch of the interstate. In 2016, 12 people were killed between Coachella and Highway 177 on I-10, demonstrating that the fatal accident rate along this stretch of the interstate appears to be increasing in 2017 over the prior year. The congestion on I-10 may be part of the problem. Many of the accident victims have not been residents of the Valley, and anecdotal reports of road rage incidents and risky driving behaviors may point to added causes.

Weaving from Palm Springs to the Mexican border, Highway 111 also is the site of many car accidents. This road is known for its stop-and-go traffic and is extremely busy. At the southeastern corner of the Coachella Valley, SR 111 enters as a two-lane highway, later broadening first to a four-lane highway and then to a divided expressway at Palm Springs. It connects most of the cities in the Coachella Valley. 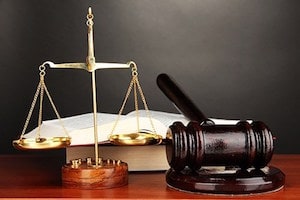 Residents of the eastern portion of the Coachella Valley often use SR 62 in order to reach the Colorado River’s resorts because it is faster. This stretch of the highway is desolate and is one of the most dangerous in the state. A large portion of this highway runs from east to west, causing drivers to be blinded by the sun. Large portions of the road are unlit, and large portions of it do not have medians separating the oncoming lanes. This combination of factors makes it more likely for accidents to happen when drivers drift into other lanes or turn across the highway. The Desert Sun reports that 3.3 fatal accidents happened on Highway 62 per 100 million miles traveled from 2002 to 2012. By comparison, all of the roads in California had a fatal accident rate of 1.1 fatal accidents per 100 million miles traveled during the same time period, underscoring the dangers of driving on SR 62.
How do you choose a Coachella Valley personal injury law firm?

Choosing a Coachella Valley personal injury attorney and firm is not an easy process. There are several things that you should consider when you are trying to find the attorney who is right for you. You might want to look at the areas of law that the firm practices and the experience of the attorney. You may also want to schedule consultations with the firms and attorneys under consideration to determine who might be the best fit for your needs.

Do you Need a Personal Injury Attorney for Your Claim?

It is not necessary for people to hire personal injury lawyers to handle their claims in the Coachella Valley. When you have been injured in an accident and are recovering, it may be difficult for you to simultaneously deal with all that is involved in negotiating with the insurance companies. An experienced personal injury lawyer may negotiate for you and work to secure the maximum possible recovery amount on your behalf. Working with a lawyer may result in your recovering a substantially higher amount than you might be able to recover on your own. To learn more about your claim, contact us today to schedule your consultation.