Claims Against Company Drivers in California 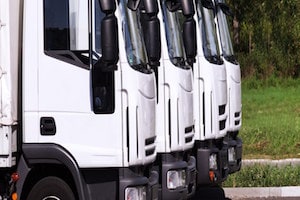 Claims against company drivers in California are more frequent than one might think. When an auto accident occurs, it often involves a person driving a motor vehicle such as a commercial truck that is owned by another person or business. In these cases, it is important for an attorney to determine if the person or company that owns the vehicle (e.g. car, truck, van, taxi, chauffeur, limo, etc.) can be held liable for any damages caused by the accident including personal injuries. The starting point for the liability analysis on these types of claims is California Vehicle Code section 17150, which states that the owner of the vehicle is liable for any damages caused by that vehicle by any person operating the vehicle “in the business of the owner or otherwise” using the vehicle with the express or implied permission of the owner. In other words, an employer can be directly liable for the negligence or wrongdoing of their employee or agent if that representative was acting on behalf of and at the direction of their boss. This is what is known in the law as “respondeat superior” liability or “vicarious liability.” If this can be shown, the business for which the agent is acting at the time of the crash would be held responsible. Sometimes, however, there are arguments that the driver was not acting with the permission of the owner and then, usually one of two theories can be analyzed as follows:

Negligent Entrustment of Vehicle by Owner

Negligent Hiring and / or Supervision by Employer

A claim of negligence in the employment of the driver usually requires a showing of the following:

A claim of negligent supervision usually requires proving the following:

Oftentimes, the individual driver will have a minimal or very small personal automobile policy or their insurance carrier will refuse to cover the claim based upon the fact that they were operating their vehicle while “on the job”. These theories of liability provide the injured party with a means to hold the employer responsible and recover potentially much more by way of a commercial insurance policy, which usually has a much higher limit of coverage.

These types of cases are not simple to deal with. Oftentimes, the employer claims that the employee was not “in the course and scope” of their employment at the time of the incident but, was “between jobs” or on a “personal errand.” In addition, finding out the necessary information to prove a negligent entrustment or hiring claim often requires obtaining detailed records of the driver’s employment history. None of this is accomplished very well, if at all, without the assistance of a lawyer familiar with seeking compensation in motor vehicle accidents involving commercial cars used for business purposes.