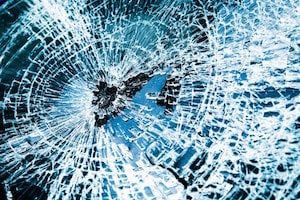 Car accident claims in California give rise to many questions. Who is legally responsible for causing personal injury or wrongful death? What types of claims can be brought and against whom? After a car accident in Los Angeles, San Diego, Orange County or anywhere else in the Golden State, these and many similar questions are asked by the drivers, passengers and other victims involved in the crash. While every case is different, in general, there are some main categories of claims that arise from car crashes and numerous persons or entities who may be held legally responsible based upon the state of the law in CA as follows:

What Are the Different Types of Claims that Can Be Brought After a Personal Injury Auto Collision? Who are the Potential Defendants in an Car Crash Claim in CA?

These can include many persons or entities including the following:

Why Is It Important to Retain a Personal Injury Attorney Immediately Following any Rear End Collision, Head to Head Smash Up or Other Traffic Calamity?

There is normally a two year statute of limitations for bringing a lawsuit for personal injuries in California. However, this deadline can be as short has six months if the potential defendant was a government agency. It is also important to determine which of the above claims may be viable and against whom out of all the potential defendants listed above should be named in any civil action. It is also critically important to promptly investigate all allegations regarding liability and damages and to preserve evidence so that the matter may be asserted in a way that maximizes the recovery to the injured party. For all these reasons and for the peace of mind of allowing a professional to handle the claim which, in turn, allows the aggrieved party time to seek medical treatment and reduce stress, it is critically important to consult with and retain a competent tort lawyer following a traffic mishap.

Additional Resources
Contact Us
Practice Areas
Search this Website
Client Reviews
★★★★★
I have known Steven for some time now and when his services were required he jumped in and took control of my cases. I had two and they were handled with the utmost professionalism and courtesy. He went the extra mile regardless of the bumps in the road. I can not see me using any other attorney and I would recommend him to any of my family and friends. Josie A.
★★★★★
Steven was vital during our most trying time. He was referred by a friend after an accident that involved a family member. While he was critical and lying in the hospital, Steven was kind, patient and knowledgeable about what we were going through. Following our loss, Steven became a tough and aggressive negotiator and made sure that we receive a huge compensation. I would refer Steven in fact, this happened 2 years ago and I still speak highly of his service. Cheryl S.
★★★★★
Mr. Sweat is a pitbull in the courtroom as well as settlement negotiations - You can't have a better equipped attorney in your corner! It is a pleasure working as colleagues together on numerous cases. He can get the job done. Jonathan K.
★★★★★
Because of Steven Sweat, my medical support was taken care of. Plus, I had more money to spare for my other bills. Steven is not only an excellent personal injury lawyer, providing the best legal advice, but also a professional lawyer who goes beyond his call of duty just to help his clients! He stood up for me and helped me get through the process. I would definitely recommend. I couldn't think of any better lawyer than him. MiraJane C.
★★★★★
I must tell anyone, if you need a great attorney, Steve sweat is the guy! I had an awful car accident and had no idea where to turn. He had so much to deal with because my accident was a 4 car pile up. Not to mention all the other cars were behind me and they were not wanting to settle in any way! He never stopped working for me and had my best interest at heart! Audra W.
View More
Submit a Law Firm Client Review