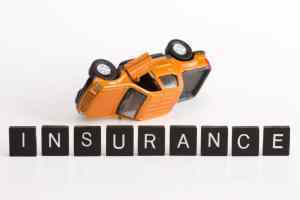 California auto insurance rate increases for accident claims is something that I get asked about frequently as a motor vehicle collision attorney. Because the Golden State has one of the highest costs of car insurance, many people are concerned that they may face a rate hike in their premiums if they file a claim for personal injury and/or property damage after a car accident. Often people are of the opinion that the mere filing of a legitimate bodily injury claim will raise their rates. In fact, this is not true!

Under pertinent provisions of California Insurance Code 1861.02, the rates of premiums for auto insurance for policy holders in CA may only be determined by the following factors:

The most important factor considered is the first of these (i.e. driver safety record). This is determined by two things as follows:

A driver may be considered to be principally at fault in an accident if the driver’s actions or omissions were at least 51 percent of the proximate cause of the accident ...

The rules and regulations even go on to cite specific examples of when a driver should not be deemed “principally at fault” for purposes of a rate hike which include the following:

(1) The vehicle was lawfully parked at the time of the accident. A vehicle rolling from a parked position shall not be considered to be lawfully parked, but shall be considered as in the operation of the last operator; (2) The vehicle was struck in the rear by another vehicle, and the driver has not been convicted of a moving traffic violation in connection with the accident; (3) The driver was not convicted of a moving traffic violation and the operator of another vehicle involved in the accident was convicted of a moving traffic violation; (4) The driver’s vehicle was damaged as a result of contact with a vehicle operated by a “hit and run” operator of another vehicle and the accident was reported to legal authorities within a reasonable time after the accident; (5) The accident resulted from contact with animals, birds, or falling objects; (6) The driver was responding to a call of duty as a paid or volunteer member of any police or fire department, first aid squad, or of any law enforcement agency, while performing any other governmental function in a public emergency. (7) The accident was a solo vehicle accident that was principally caused by a hazardous condition of which a driver, in the exercise of reasonable care, would not have noticed (for example, “black ice.”)

While we all should drive safely so as to keep from being cited for violating the CA Vehicle Code and to prevent accidents, the above rules make it clear that unless a party is deemed to be the majority of the cause of any motor vehicle collision, his or her rates should not increase (absent other circumstances).

California is a very consumer-friendly state. The above discussed laws date back to “proposition 103” , which the voters passed in the late 1980’s. Residents of the Golden State, whether they live in Southern, Northern or Central California, should take solace in the fact that unless they have excessive moving violations or are deemed 51 percent or more at fault, filing a claim should not affect their premiums. This includes filing an uninsured or underinsured motorist claim when you are involved in a crash with another driver who has no insurance or a small policy. It also applies when an insurance company argues that you are partially at fault for the incident. The bottom line is that if you were not “principally at fault” and you sustained bodily harm and/or damage to your vehicle, filing a claim either with your own insurance carrier or through the provider of the at fault party is your legal right! Seeking the advice and assistance of a lawyer who has experience in personal injury claims in CA is the best and most effective way to assert all necessary and proper claims following any motor vehicle incident.