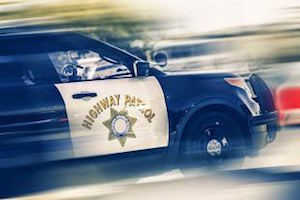 Ambulance and police crash claims in California have very specific rules and exceptions with regard to civil liability for personal injury or wrongful death when an emergency vehicle is involved in a traffic collision with another automobile, motorcycle, bicycle or pedestrian. Obviously, public policy in the Golden State is to allow police, paramedics and firemen to respond quickly to emergency situations especially in the case of life-threatening scenarios. CA law, therefore, provides a lot of leeway for these vehicles to disregard certain traffic signals and rules of the road. However, this liberty is not without limits nor does it excuse reckless driving techniques that cause an undue risk of harm to the public. The laws of the California Vehicle Code in this regard are as follows:

When are Police or Emergency Medical Personnel Allowed to Avoid Certain Traffic Laws?

California Vehicle Code 21055 provides that a police car, ambulance, fire truck or other emergency vehicle may avoid having to comply with many of the specified rules of the road so long as certain criteria are met as follows:

Is it Possible to Bring a Claim for Personal Injury or Wrongful Death Against the Driver of an Emergency Response Vehicle in California if They Crash Into my car?

General Rule: CA Vehicle Code section 17004 provides: “A public employee is not liable for civil damages on account of personal injury to or death of any person or damage to property resulting from the operation, in the line of duty, of an authorized emergency vehicle while responding to an emergency call or when in the immediate pursuit of an actual or suspected violator of the law, or when responding to but not upon returning from a fire alarm or other emergency call.”

Exception to the Rule: California Vehicle Code 21056 states that CVC 17004 and CVC 21055, “ does not relieve the driver of a vehicle from the duty to drive with due regard for the safety of all persons using the highway, nor protect him from the consequences of an arbitrary exercise of the privileges granted in that section.”

What does this all mean? It means that emergency personnel cannot be held liable for violating laws when they are en route to an emergency but, must still act safely in discharging their duties. The best summation I have seen bringing all these rules and exceptions together is in the case law decision of City of Sacramento v. Superior Court (1982) 131 Cal.App.3d 395, 402–403, where the court held as follows:

“…where the driver of an authorized emergency vehicle is engaged in a specified emergency function he may violate certain rules of the road, such as speed and right of way laws, if he activates his red light and where necessary his siren in order to alert other users of the road to the situation. In such circumstances the driver may not be held to be negligent solely upon the violation of specified rules of the road, but may be held to be negligent if he fails to exercise due regard for the safety of others under the circumstances. Where the driver of an emergency vehicle fails to activate his red light, and where necessary his siren, he is not exempt from the rules of the road even though he may be engaged in a proper emergency function, and negligence may be based upon the violation of the rules of the road.”

In other words, police cars involved in high speed chases, fire trucks rushing to a ten alarm blaze, and ambulance drivers responding to a call for emergency services may run through red lights, cross over into opposite lanes of traffic, travel at speeds in excess of the stated speed limit and engage in any number of other driving techniques that would normally violate the rules of the road so long as they are emergency vehicles and responding to emergency situations, with their lights and sirens on. They may not do so otherwise and even if they are engaged in a urgent call with activated flashers and horns, they are still under an obligation to “exercise due regard for the safety of others.”

Because the law protects the activities involved in providing emergency services such as police pursuits or exigent circumstances, it is important to have a lawyer analyze the facts of any particular crash to determine if (a) it truly falls under this exemption; and (b) despite the exemption, there is still civil liability for payment of money damages to the victim due to a lack of reasonable care and negligence on the part of the public employee. It should be further noted that the time deadlines (so-called “statutes of limitation” are much shorter) for claims against public entities. An injured party or the surviving spouse, parent or child of a wrongful death decedent usually has a mere 6 months to file a “Government Tort Claim” to put the public entity on notice of a pending action. Time deadlines vary from there depending upon the response (or lack thereof) to the initial claim but, a lawsuit must be filed in court within a fairly short time frame following a rejection or failure to respond to the out of court ‘Govt. Tort Claim’. This makes it CRUCIAL to not only consult with a lawyer but, to do so AS SOON AS POSSIBLE following this type of incident.

Our office recently represented an individual stopped at an intersection on his way to work. A Los Angeles County Sheriff deputy, coming off a double shift, fell asleep behind the wheel of his cruiser and collided into the back of our client causing serious back injuries including a herniated disc requiring surgical repair. The analysis here was that the officer was not in fact en route to an emergency with flashing lights and sirens so the exemption did not apply. Under California Government Code 815.2, L.A. County was liable for the negligent acts of their employee and we were able to obtain a substantial six figure settlement for the victim. If you are involved in a traffic collision with a police car, fire truck, ambulance or any other emergency vehicle anywhere in California from San Diego to Orange County to the Inland Empire and up through Central and Northern California, call our office toll free at 866-966-5240 for a free contact us on your legal rights!

SourcesAdditional Resources on Our Site
Contact Us
Practice Areas
Search this Website
Client Reviews
★★★★★
I have known Steven for some time now and when his services were required he jumped in and took control of my cases. I had two and they were handled with the utmost professionalism and courtesy. He went the extra mile regardless of the bumps in the road. I can not see me using any other attorney and I would recommend him to any of my family and friends. Josie A.
★★★★★
Steven was vital during our most trying time. He was referred by a friend after an accident that involved a family member. While he was critical and lying in the hospital, Steven was kind, patient and knowledgeable about what we were going through. Following our loss, Steven became a tough and aggressive negotiator and made sure that we receive a huge compensation. I would refer Steven in fact, this happened 2 years ago and I still speak highly of his service. Cheryl S.
★★★★★
Mr. Sweat is a pitbull in the courtroom as well as settlement negotiations - You can't have a better equipped attorney in your corner! It is a pleasure working as colleagues together on numerous cases. He can get the job done. Jonathan K.
★★★★★
Because of Steven Sweat, my medical support was taken care of. Plus, I had more money to spare for my other bills. Steven is not only an excellent personal injury lawyer, providing the best legal advice, but also a professional lawyer who goes beyond his call of duty just to help his clients! He stood up for me and helped me get through the process. I would definitely recommend. I couldn't think of any better lawyer than him. MiraJane C.
★★★★★
I must tell anyone, if you need a great attorney, Steve sweat is the guy! I had an awful car accident and had no idea where to turn. He had so much to deal with because my accident was a 4 car pile up. Not to mention all the other cars were behind me and they were not wanting to settle in any way! He never stopped working for me and had my best interest at heart! Audra W.
★★★★★
I believe I made the best choice with Steven M Sweat, Personal Injury. I was very reluctant to go forward with my personal injury claim. I had a valid claim and I needed a professional attorney to handle it. I felt so much better when I let Steven take my case. His team did everything right and I am very satisfied. Stia P.
★★★★★
I have to say that Steve has been exemplary! I met Steve at a point with my case that I was ready to give up. He took the time and dealt with all of my concerns. Most importantly, he was present and listened to what I was going through. He was able to turn things around, put me and my case on the right track! The results were better that expected! Highly recommend!! Cody A.
View More
Submit a Law Firm Client Review