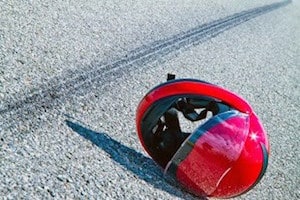 Accident reconstruction of a motorcycle collision case is something that I have had to do, with the assistance of experts, many times in my capacity of a biker injury lawyer in Southern California. Oftentimes, motorcycles crash in urban areas like freeways or busy surface streets with heavily traversed intersections. In these cases, the ability to quickly obtain evidence from the scene and analyze these clues to what happened can mean the difference between being able to obtain maximum monetary compensation for the victim or having a case devalued due to lack of proof.

There are several basic elements that must be thoroughly examined following a person being involved in a motor vehicle accident involving a motorcyclist as follows:

Analysis of the Data to Reconstruct What Caused a Motorcycle Collision

While the traffic officers and any private investigators are charged with the majority of evidence gathering at the scene of a motorbike accident, forensic engineers familiar with accident reconstruction usually analyze this data and try to draw conclusions on causation. These expert opinions can then be used by the “trier of fact” (judge or jury) to determine who was legally at fault for the incident and who should be legally responsible to pay for any personal injury or property damage caused. Such experts gather all of the data and evidence obtained including the police report, medical reports, photographs and diagrams of the accident scene and the property damage, and review party and witness statements (both informal and obtained through a formal deposition process), and the traffic data and other information available about the locale of the crash. All of this is analyzed to determine things like speed and location of impact. For example, bent bike forks and dents on the front or side of a vehicle, coupled with skid marks and the point where a motorcycle came to rest are all “hard evidence” factors which can be cross checked against both the biker’s version of events and that of the other driver(s) or third party witnesses. Angles of impact, speed and many other determinations can be made from calculating mathematical modeling factors such as vectors components, loss of friction based upon the coefficient of friction of any roadway surface and many other calculations.

The importance of seeking out the advice and experience of a California motorcycle accident and injury law firm familiar with accident reconstruction cannot be stressed enough. Attorney, Steven M. Sweat, has over 20 years of experience representing bikers in accident claims throughout the State of California including San Diego, Orange County and Los Angeles. Call today for a free contact us toll free: 866-966-5240.